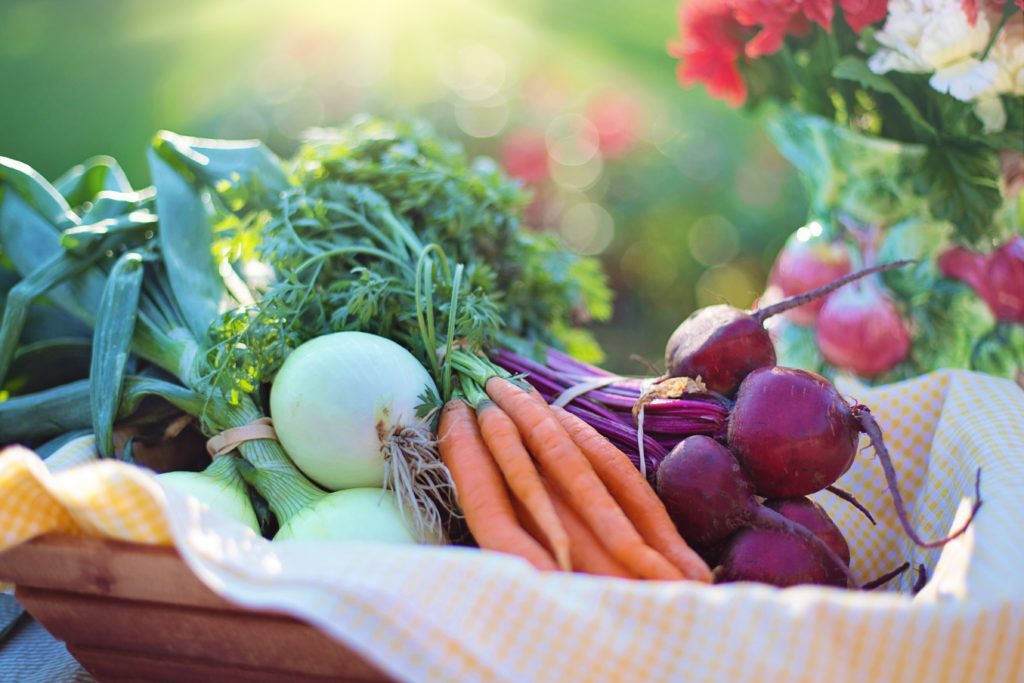 “Buying healthy food is just for rich folks, no?”

Buying healthy food isn’t just for rich people, but it’s a reasonable question given what the cost of organic grapes at Whole Foods runs these days. That said, it is a misconception that healthy food is always more expensive. Of course, it’s easy to find examples of expensive healthy food (just walk the aisles of Dean and Deluca or even Whole Foods). That said, there are many ways to buy healthy food on the cheap. Here are three.

Every time a food gets processed, it adds “value.” And cost! So, the first strategy to buying healthy food on the cheap is to buy it in the most whole form in which it comes (whole foods tend to be more nutritious as well). For example, buying dried beans rather than canned beans is both less expensive and more nutritional. Dried beans typically cost about two thirds as much as canned beans. They also often contain a bit more vitamins and minerals, MUCH less sodium, and none of the preservatives necessary for processing and extending shelf life. This is true for almost all prepared, canned and frozen foods.

That said, the flip side is that there is much to be said about adding value to your own food. There is nothing better for your pocketbook or the planet than when you use or freeze excess food as stews, soups, sauces, and jams.

According to ReFED, American consumers, businesses, and farms spends $218 billion a year growing, processing, transporting, and disposing food that is never eaten. That’s 52 million tons of food sent to landfill annually, plus another 10 million tons that is discarded or left unharvested on farms. Meanwhile, one in seven Americans is food insecure.

To deal with this reality, many retailers offer discounts on food that is about to “expire.” Given that expiration dates are simply estimates, if you plan on consuming your food soon after purchasing, this is an excellent strategy for keeping healthy food costs down.

There are also secondary retailers dedicated to selling discounted groceries.  Grocery Outlet’s 225 retail stores, based primarily on the West Coast, work with manufacturers to manage their waste issues (the top reason is short-coded products near expiration). Then there’s Daily Table, located in Dorchester, MA. The not-for-profit retail store offers fresh, healthy “grab-n-go” meals and other grocery items at a bargain price. These bargain deals are available because Daily Table works closely with a large network of growers, supermarkets, manufacturers, and other suppliers who donate their excess healthy food and provide special buying opportunities.

But, it’s not only supermarkets where perishable food is often put “on sale.” When you shop at a farmer’s market in the last minutes before closing, many producers will cut deals. Not only do they avoid having to take their produce home and then find a place to sell it, but they don’t have to worry about the inevitable spoilage that occurs when ever you transport perishable foods.

Another healthy food bargain shopping strategy is to  join the Ugly Fruit movement. A tremendous amount of perfectly good food never makes it grocery shelves because of cosmetic issues. It is simply not the right size or shape.  Some grocery stores have pilot programs to sell ugly produce at reduced cost (here’s a list). There are also ugly produce delivery companies like Imperfect Produce and Hungry Harvest, although, honestly, they may not be that much cheaper.

In terms of what we pay for when we buy food, as Michael Pollan suggests, if nutrients are what we are paying for, then fresh, whole, organic is always the better deal simply because they are more nutritious by volume. 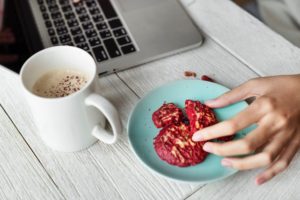 Ever wonder if you should bring that half-eaten cake to the office? If you care about the planet, bring it on – or in.

If you’ve ever hestitated before bringing food into the office, rest assurred it’s a good thing. While the extra calories may seem like a disadvantage, bringing food to work that might otherwise be diverted to compost or the landfill is a terrific way to combat the 52.4 million tons of food being sent to landfill every year.

So, feel good knowing that bringing food to the office – the half-eaten cake or the apples that will go to waste when you go on vacation – is an important source of food waste reduction. In fact, it qualifies as one of the most preferred ways to reduce the volume of surplus food generated, aka. source reduction, according to the EPA Food Recovery Heirarchy.

Office food also provides an opportunity for colleagues to proverbially break bread. This ancient ritual is well known to break down barriers and builds connections among people and research suggests it’s more important than ever to eat with your co-workers. Or, as Michael Pollan said, sharing food can provide “a study bridge” among people who otherwise have diferring cultures and experiences.